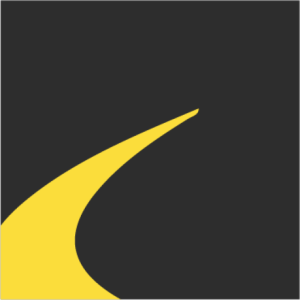 Over the last 12 months the transport industry of Australia and indeed globally, has been faced with some rather large challenges as demand for transport skyrocketed during the pandemic. Such an increase has meant an even greater number of heavy vehicles on our roads, but has this increase in vehicles led to an increase in the number of accidents?

NTI and NTARC have just released their Major Accident Investigation 2021 Report that covers major incidents from 2020.

2020 saw a 55% increase in the number of trucks on Australian roads, this increase was in stark contrast to the dramatic decrease in the number of cars traversing our nation’s roads due to lockdowns. This decrease in cars can largely be attributed to the overall drop in frequency of large crashes that involved heavy vehicles, however there were still some positive signs that indicate the industry’s growing emphasis on safety and compliance is having an effect.

Incidents occurring due to fatigue have continued to decline, accounting for just 8% of all major accidents, additionally Victoria remains the best performing state in this regard. Fatigue management has been at the forefront of Yellow Express’ technological investments, the development of our driver application has allowed us to effectively track and manage driver fatigue in real-time. Pairing this with our driver training and little tolerance for negligent actions by

Unfortunately, inappropriate speed and driver error accounted for 54.5% of large loss crashes in 2020. Additionally, 15.4% of major crashes were a result of driver inattention/distraction, which is an increase on the previous reporting period. This is of considerable concern, hopefully as an industry we can take corrective action and see similar results to that of fatigue related incidents.

In May 2021 the National Heavy Vehicle Regulator (NHVR) filed charges against a national transport company and its executive, following multiple vehicle collisions and camera footage indicating breaches had occurred. 279 charges were filed against multiple staff, the NHVR allege that a lack of proper training among other things, was largely to blame, even with the company being knowledgeable of the subsequent risk to public safety. Further highlighting the importance of the role that the NHVR and Chain of Responsibility regulations have in keeping people safe.

So, what does this mean?

Although these are troubling statistics, it is reassuring to know that we as a business are taking all the possible steps in ensuring we don’t run these numbers up further. These steps include investing in the best technology available, developing and implementing comprehensive training programs, as well as enforcing zero-tolerance policies when infractions occur. As a whole, it also extremely positive to see the industries steady decline in fatigue related incidents, however there is still much work to be done in other areas.

We will continue to do our part in protecting our team, our clients and all other road users by maintaining our heavy focus on training and fostering a well-disciplined fleet.

Yellow Express operate one of the largest dedicated transport fleet services in Victoria. We provide on-demand, scheduled, refrigerated and permanent freight and logistics solutions along with custom specialist solutions